Rick Seys and I have been best friends since 1981. We met on the steps of the Bell Canada switching hub on Clarence St in London Ontario. It is a 4 story gray stone slab building, double wide brass frame and glass doors and landscaping that looked like it came right out of Home and Garden magazine. While Rick had started work there a few weeks earlier, I was about to begin my first day on the job. As fate would have it, he grew up in Langton, a small village not far from Vienna. A couple of small town boys, trying to make it in the “big city”.

There was an instant connection, given the fact we are total opposites. Rick is a 6’4” man child, attractive, wide shoulders, no butt to speak of, a strategic brain and an “I know something you don’t know” smile. As a teenager, he wanted to become a military strategist, still reads military books like they are going out of style and plans every detail of his life to the nth degree. He taught himself how to play the piano and became quite adept at tickling the ivories. He never found a beer he doesn’t enjoy and loves sports, particularly basketball and football. He follows orders even today, like his life depends on it.

I am on the other hand 5’7”, 180lbs, rather plain looking, with a a butt you could put a potted plant on, spontaneous and a risk taker.  I could never tolerate beer but enjoy a whiskey or two. I seldom plan things long term, but rather let life play out in front of me and frequently make decisions based on my gut. My career played out in real time, rather than any real strategic planning. I often changed jobs when I thought my lack of qualifications were starting to be exposed. Orders were meant as a guideline, and often to be challenged or changed to suit the moment. I would do most anything for a laugh.

In short, this was a relationship that should not have worked – but it did and still does. We have become more brothers than friends. In fact, we have become so close that his sisters Janice and Carolyn have become adopted family. There have been many twists and turns to our career paths, sometimes in parallel, sometimes intersecting. We always stayed in touch and always had each other’s back, no matter the distance or the circumstances. Rick would literally throw himself in front of a bus for me, and I for him. We have supported each other through the best of times and most certainly the worst of times.

There have been many Doc’s throughout history. Some famous like Roy (Doc) Halliday (baseball pitcher), Doc Holliday (he of the gun fighter fame), Doc Severinsen (trumpet player), Glen (Doc) Rivers (basketball player and coach) and of course Bugs Bunny (What’s up Doc?).

The genesis of Doc, began with a trip to California’s Napa Valley in the early 1980s. Rick had invited my wife and me to join him and his wife on a trip to visit his mother Dorothy, in California. Rick’s father had recently passed away and he was checking in on his mom, combining it with a well deserved vacation down the coast to Mendocino.

Everyone Rick came into contact with, left with a nickname of some sort. His mother was Dorf, his father Chief, his sister Janice is Skay (or SSS for short) and sister Carolyn is Nurse Barbie. Many were simply “kid”. I was soon to be no exception!

Rick is an epic story teller and loves to string people along, leaving them to guess if he is being honest, or if there is hyperbole involved. As well as I know him – and I know him well – he has caught me a couple of times in one of his traps. There is always just enough truth to keep you listening and enough doubt to wonder if you are being led down the garden path.

One notable example, driving down the 401 on the way home from a business trip, a white van passed us with an antenna protruding from the roof. Very innocently, he said “wow, I haven’t seen one of those since that time in Montreal”. The game was on!

I bit. “What do you mean”, as he prepared to set the hook. “It’s a cat detector van. You must have seen them in Montreal haven’t you?”. “No, I don’t think I have. What the heck is a cat detector van?” Now he had firmly set the trap and began to explain for the next 30 minutes, how in Montreal they sent these vans retro-fitted with specialized antennas through targeted neighbourhoods looking for stray cats. It was a unique and hi-tech way to keep the exploding population of nuisance cats under control. No detail was too small to expand on.

As he continued to draw me in, there was just enough spin to make it plausible, and against all my instincts telling me he was setting me up, I kept leaning into the story. Finally, he could not keep up the ruse any longer and started to laugh. “Doc, I can’t believe you fell for that bullshit”. Just another of his long list of victims!

When his daughters were very small, he told them that water carried sound better than any other medium. “If you REALLY want Santa to hear your wishes”, he emphatically explained, “you have to yell into the toilet”. One by one, they got on their hands and knees and yelled their hopes and dreams into the toilet, certain that it was a direct line to Santa. No one was immune to Rick the story teller – not even his kids.

The Doctor is In

Our trip to California started with a visit to see Dorf and spend time with her at her gated community home, in the magnificent hills of the Napa Valley. Early one afternoon shortly after our arrival, Rick and I retreated to the pool to lounge and enjoy a couple of beverages.

This particular day in the pool was to become memorable, insofar as from this point forward I would become known as Doc. Neither of us had planned the conversation to follow.

As we lounged in the pool 2 older ladies joined us, relaxing as the sun glistened on water droplets on their shoulders and reflected off their sunglasses. As they drifted near us, Rick casually said “How is your medical practice going Doc?”. Taking the queue, I said “it’s actually going quite well. I don’t know if I mentioned to you that I have gone back to school and have upgraded my credentials from Proctology to Sphinctorology. It is a major step forward from proctology both in science and in the ability to monetize my practice. There are new tools on the market which mimic the shape of the anus. It has been a scientific breakthrough and makes the job so much easier. I have become one of the first licenced sphinctorologists in the country” 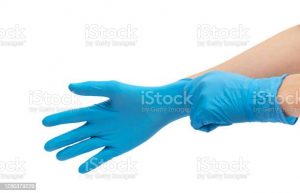 The women were clearly intrigued at this point and were staying within earshot to see where this conversation was going.

Rick responded “That’s great news Doc. Tell me, what is the most fascinating case you have ever encountered”? “Hmm”, I paused thoughtfully. “During one of my first client visits – remember this is a very exclusive new science – we were asked to work on a cat that had anal fissures. Now you may not be aware, but a cat’s anus is very similar to a human’s, with some minor structural variations. It was clearly constipated and had bloated significantly. My task was to ease the bloating and provide a new anus, using our state of the art tools. Unfortunately the procedure was in its infancy and there was much to learn. When I attempted to insert the new anus designed from putty and trace amounts of fertilizer, it exploded.  There was nothing left of the cat except eye balls and the original anus. Thank goodness the technology has improved. I have my first human sphincter transplant scheduled for next week.”

The women promptly left the pool.

From that point forward I would always be “Doc” to Rick – “Dr of Sphinctorology”. He even had a certificate made for my office back home, which of course I proudly displayed.